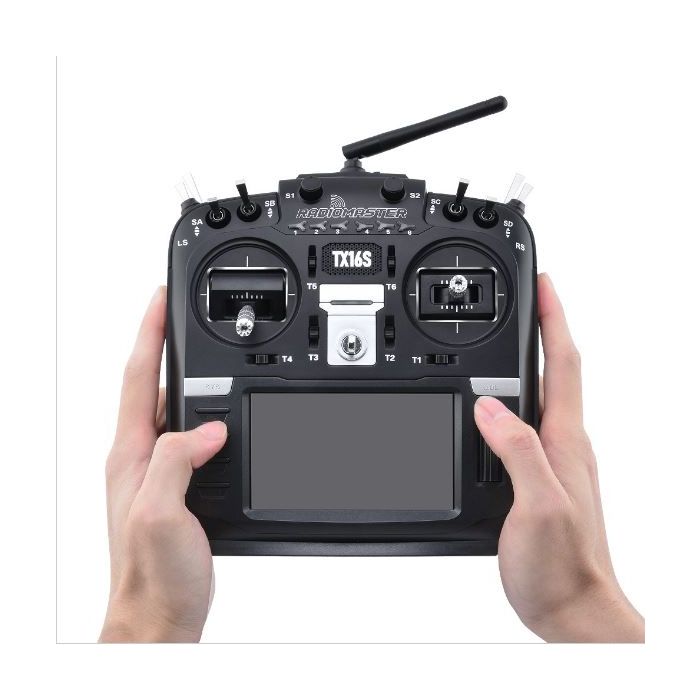 The Radiomaster Tx16S. Equipped with large color screen, full size hall sensor gimbals, built-in USB-C charging port and multiprotocol transmitting module for all your favorite devices with FRSKY D8 and D16 (both FCC and LBT!), Spektrum DSMX, Flysky AFHDS2A and Futaba SFHSS and much more. Of course you can also place a TBS Crossfire module (not included) in the back of the transmitter. The RadiomasterRC Tx16S is officially supported by the OpenTX team.

RadiomasterRC was founded by one of the original developers of the Jumper T16 radio. It is therefore no surprise that the new Tx16S resembles that radio. But there are certainly new innovations that are unique to this radio such as:

A USB-C charging port on the bottom of the radio.

USB-C Data/simulator port on the top of the radio.