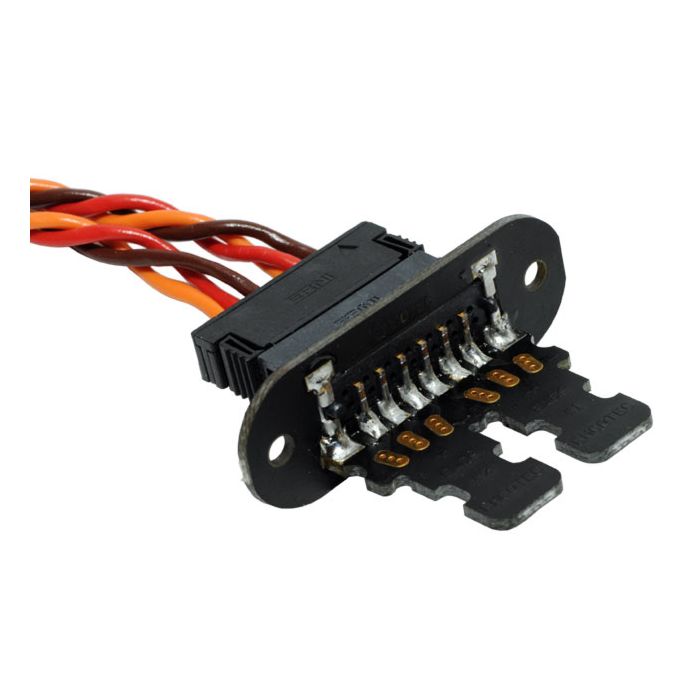 The EWC (EMCOTEC wing connector) is a new plug system for R/C modelling. High value plugs "made in Germany" with a resistance of <20mOhm quarantee best contact safety. The crimp contacts are locked twice and reach best tensile force. The cable plug engages with the multipole connector on the PCB. So it's protected against accidental release for example due to vibrations.

The servo connection cables will be soldered directly to the PCB. Also 4 cables (one above one below) can be soldered. The servo cable can be fixed with a cable tie and a shrinking hose on the PCB if required. The complete PCB with the multipole connector can be fixed in the wing root of the model.

The counterpart (connector socket) is equipped with a strong 0.34mm² servo cable. The cable goes to the receiver or to the servo connector of a dual power supply.