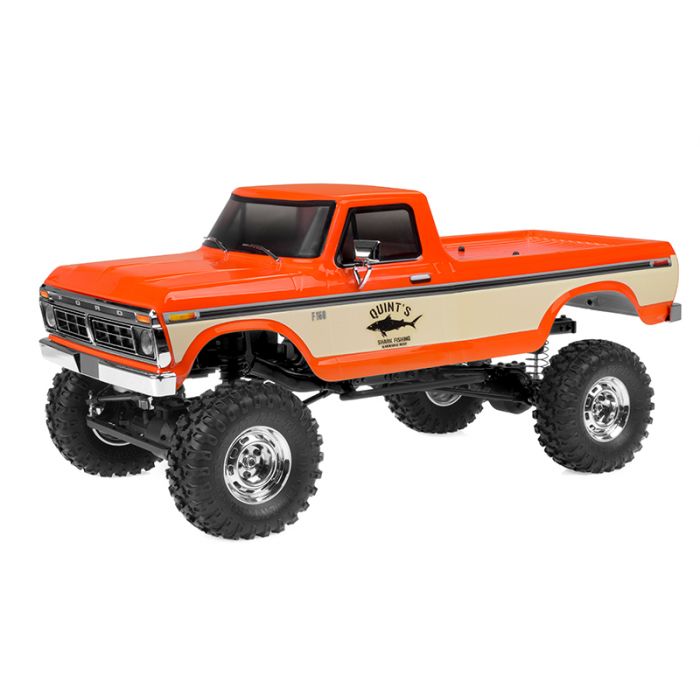 1976 was a good year. Concord entered commercial service, NASA unveiled its first Space Shuttle, Apple was formed by Steve Jobbs, Rocky was on the cinema and Jaws swept the awards at the Oscars. Punk was officially born, and Disco continued to fill the charts and nightclubs. Despite high inflation, the mood was both rebellious and optimistic, the working man still needed a versatile workhorse of a vehicle, with large payload in its flatbed, and both on and off-road capability.

As with all SCA-1E based models, the versatility of the chassis and component layout also allows owners to tailor not only the look, but also the performance of the chassis and components too. The transmission can be flipped to further aid weigh bias, the front and rear wheels weighted to adjust weight bias,and the new ARC ESC (Electronic Speed Controller) offers a finer throttle response and better low-end finesse.

The package is supplied as a true RTR, including FHSS 2.4GHz radio gear, and AA batteries, A NiMH stick pack, and safe USB trickle charger.