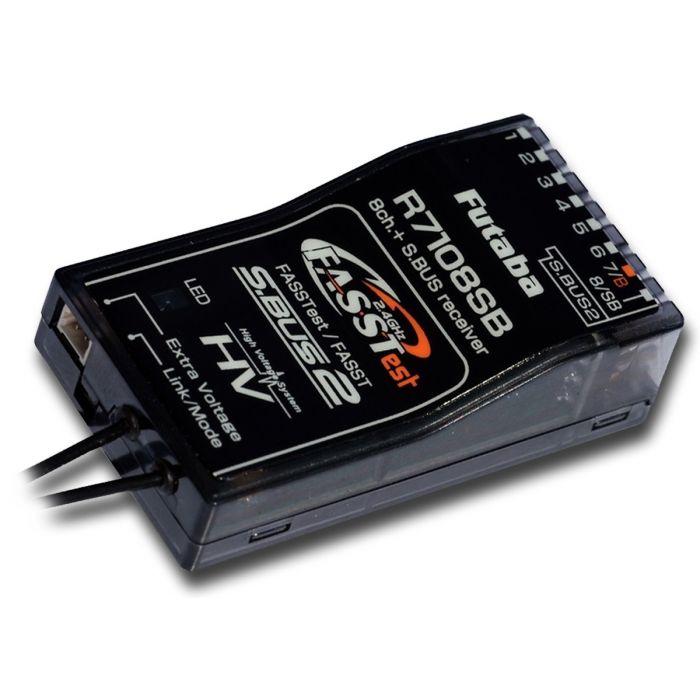 With the Futaba R7108SB Futaba offers a particularly light and small receiver with telemetry. Its narrow construction makes it ideal for use in narrow hulls. In addition, he has optionally installed the FASST transmission protocol and can easily be switched on the receiver!

The R7108SB has antenna diversity. The receiver constantly compares on which antennas the better signal is present and switches at lightning speed to this.

ATTENTION: The receiver supports HV (High Voltage) and can be powered directly from a 2s LiPo battery. Always make sure that the connected servos are designed for HV!