Out of stock Delivery time on demand
€1,499.99 €1,239.66
Notify me when this product is in stock
Add to Wish List Add to Compare
Skip to the end of the images gallery 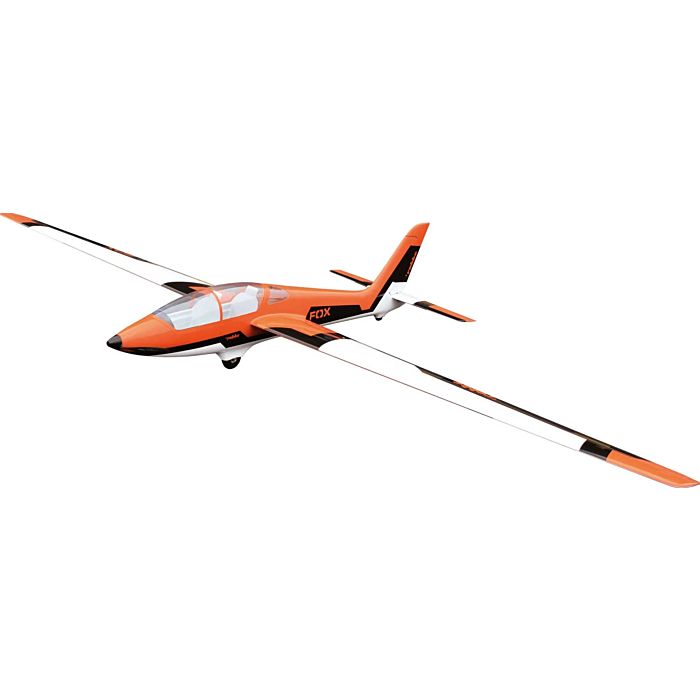 The MDM-1 FOX is a two-seat aerobatic legend in the glider sky, in the man-carrying, as well as in the model construction area. This has good reasons, because the machine was developed for uncompromising aerobatics and offers many expansion possibilities (EDF or turbine drive). The potential of the FOX is far reaching!

The mold-painted full-Gfk kit offers all the prerequisites for this and has received numerous reinforcements made of CfK that we have tried and tested.

We have deliberately chosen a scale of 1:4 to give you a compact, thoroughbred aerobatic glider with the flight characteristics of a large model. Therefore we also deliberately chose a 4 flap wing to give you the possibility to warp the airfoil accordingly and adapt it to the flight conditions, as well as to increase the maneuverability around the longitudinal axis in aerobatics.

The wing stub is made of 18x1mm aluminum tube with solid CfK rod inside. The included parts of the cockpit even allow for a prototype-like extension at your own discretion.

The flight characteristics can be classified as extremely good-natured. The FOX flies in any situation as if on rails, even in aerobatics it reacts agilely and dynamically.